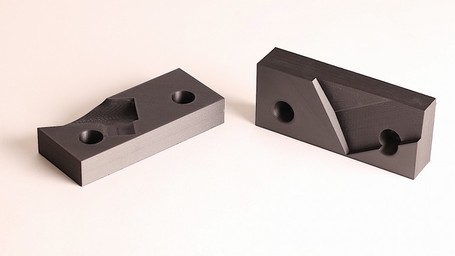 With the help of a Markforged Mark Two printer, our reseller AW Miller was able to create custom soft jaws for a part that the 5-axis machined. 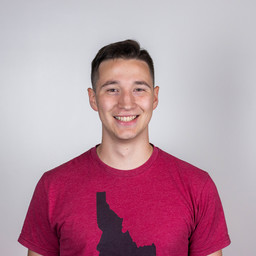 Our printers completely change the machine shop environment. By creating custom fixtures with the Mark One and Mark Two, machinists can expand the capabilities of their shops and reduce both cost and lead time. We’ve discussed it a few times, most notably in this cost comparison on our website. It’s a great example of how our printers can streamline machining, but it doesn’t fully illustrate the simplicity of creating a soft jaw as seen in the cost comparision. Recently, our reseller AW Miller decided to experiment with Markforged soft jaws to see if they could achieve a similar result with less information and more complex geometries. As it turns out, it was easier than even they thought possible.

In order to test the limits of a Markforged 3D printed soft jaw, AW Miller decided on a part that was partially machined on a 5 Axis CNC machine. It has multiple abnormal faces that make conventional machining difficult, as well as a feature that is incredibly difficult to clamp. On one side of the part, there are multiple rounded features that were custom machined on the 5 Axis machine. These features prevent vices from getting a good grip on the part.

In addition to the rounded features, one machined face of the part has no parallel faces. The face, which has a hole drilled into it, is not machinable on a standard 3 axis or fewer machine. For this experiment, AW Miller decided to print soft jaws that could hold the part such that the lonely face could be machined. This orientation required that the jaws hold two irregular faces of the part (including the rounded features) at an odd angle. They had no CAD for the part, and no set numbers to tolerance the fit of the jaws. In order to get a model of the part, they used a 3D scanner to create a model of the part. From there, they imported the model into CAD and cutaway the profiles of the part to create the soft jaws, imported the jaws into eiger, reinforced them with kevlar for toughness, and hit print.

Not only did the first jaws that came off of the printer work, they held an exceptional fit on the part. Despite not having the CAD or doing any unit testing, they were able to print good soft jaws. As seen in the picture above, the jaws clamp the part closely, holding the face perfectly flat for machining. While they did not execute a full design process, AW Miller managed to create jaws quickly and easily without any setbacks.

Even we were incredulous about their success, so we decided to get the part for ourselves and print Onyx jaws based on their scan. Just like their nylon counterparts, the Onyx jaws fit the complex part on the first try. Markforged soft jaws are not only precise, but they are repeatable as well1 If you’re interested in printing soft jaws like this for yourself or checking these out, request a demo or contact us at [email protected] 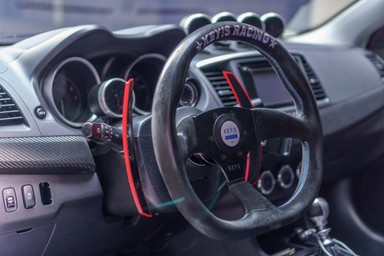 Entrepreneur Hung Ngo took what started as a passion for racing and turned it into a business. Learn how he used Markforged to 3D print paddle shifter extensions to fulfill a need in the automotive aftermarket. 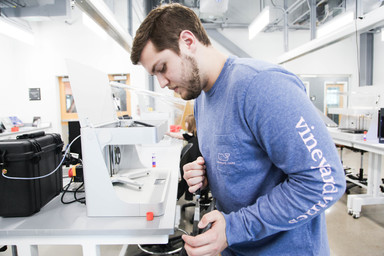 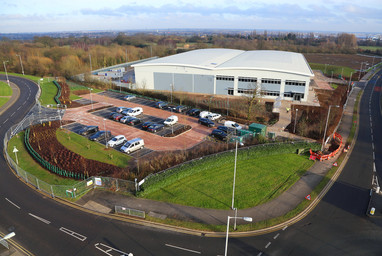 Dunlop To 3D Print All Tools With Markforged Printer

Read how Dunlop Systems and Components have utilized their Markforged printer