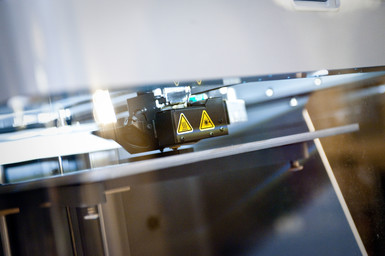 How Cashco Increased Production Rates While Keeping Its Toolmakers Happy

Cashco is a global industrial control manufacturer specializing in control valves, regulators and vapor control devices for a wide variety of industries — from oil and gas to pharmaceutical. The company has been in business for over 100 years, with offices in both the United States and Germany. “If a facility has piping, they are a potential customer,” says Clint Rogers, President at Cashco. Cashco’s customers include the likes of Dow Chemical, Vopak, and Pfizer.

Cashco requires high-precision parts in order to manufacture equipment that accurately and reliably control the flow, pressure, temperature, level or pH of a process. In order to meet rising demand, the company uses a large number of robotic arms across its production lines, and each is fitted out with custom sets of tooling. As a company with a long legacy of providing quality products, the company requires expert toolmakers and craftsmen to make and maintain the custom tooling for each robot. Expert toolmakers are hard to find, and the excellent toolmakers Cashco already had were starting to feel the strain of fabricating low-volume custom tools for internal use. Clint knew he and the team would need to think differently to meet customer demand while staying competitive.

“We have to be able to adapt to change. If we don't make these leaps forwards in the way we do things, and instead try to continue to do things we did 20, 30 years ago, we just can't keep up.”

Clint originally purchased a Markforged X7 3D printer from Markforged partner D3 Technologies to create strong low-volume tooling for the factory floor. He was impressed with the minimal setup time needed for the X7 3D printer to start producing tools. Features such as adaptive bed leveling and pre-print calibration functions virtually eliminate the hours of setup an operator would traditionally perform between jobs, freeing them up for more critical functions like designing tooling and operating the CNC machines. Initially, the team’s goal was to make custom end effector gripping pads for their universal robots, but this quickly evolved into building custom grids for pre-machined parts in an effort to reduce changeover time. The team also often needs a unique subplate setup for their lathes and mills, which would require a machinist’s time to fabricate. Engineers saw this as an opportunity to leverage the Markforged platform to print custom mounting locator plates for their machines. Designers made sure the locator plates were adaptable, meaning they could be used for several different machines instead of just one. This saved the company a significant amount of time and capital, and was a way to keep their CNC machines fabricating revenue-generating components instead of machining internal-use parts.

The new time savings has been beneficial for production on many levels, including a decrease in labor time required for custom tools. “When you have an hourly rate for a machinist and then the burden of that machine, you just can't touch these components for what we're able to print them for,” says Clint. All of the extra time saved by the X7 3D printer has been reallocated to production operations, allowing Cashco to shrink overhead and redeploy toolmakers to create production components, which has been instrumental in keeping employees happy. The company has also placed a huge emphasis on reinvesting the money saved with the 3D printer back into their labor force. “It’s allowed us to leverage the talent that we have now, put more value into what they do on a daily basis,” says Clint. “It’s actually made it possible for us to pay them more as well.”

“It's allowed us to do more with the same amount of people and pay them more as well.”

With the addition of Markforged printers into the design and production process, Cashco can now focus on making their products and processes even better. And Clint is still able to create new ways of making the workplace more enjoyable while continuously improving the company’s products. The company has found other places to use its Markforged 3D printer, such as in the creation of a specialty 3D printed device that makes compressing springs easier for assemblers. “It's not only in our machining area, but we've also used it to speed up the assembly of our components downstream of machining.”